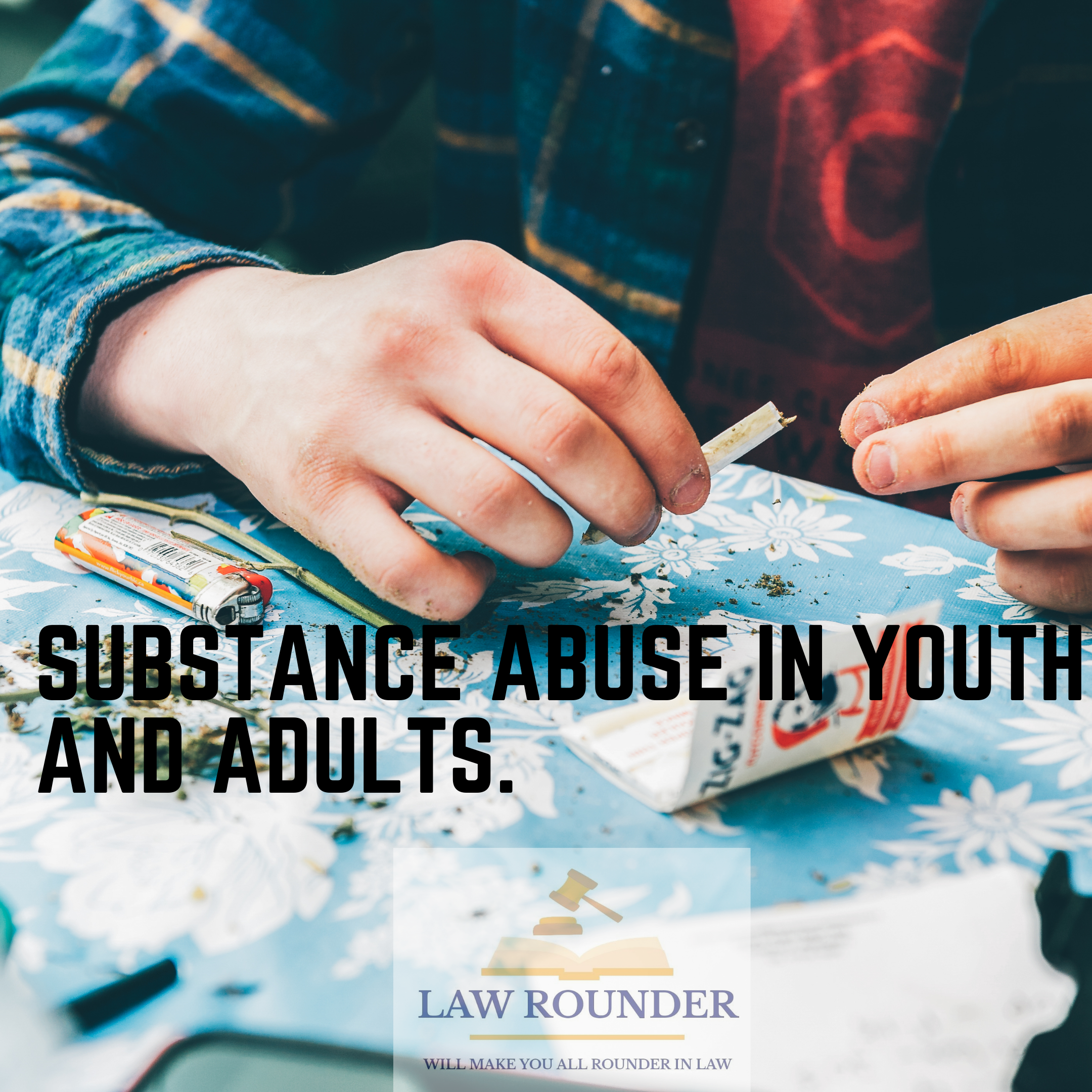 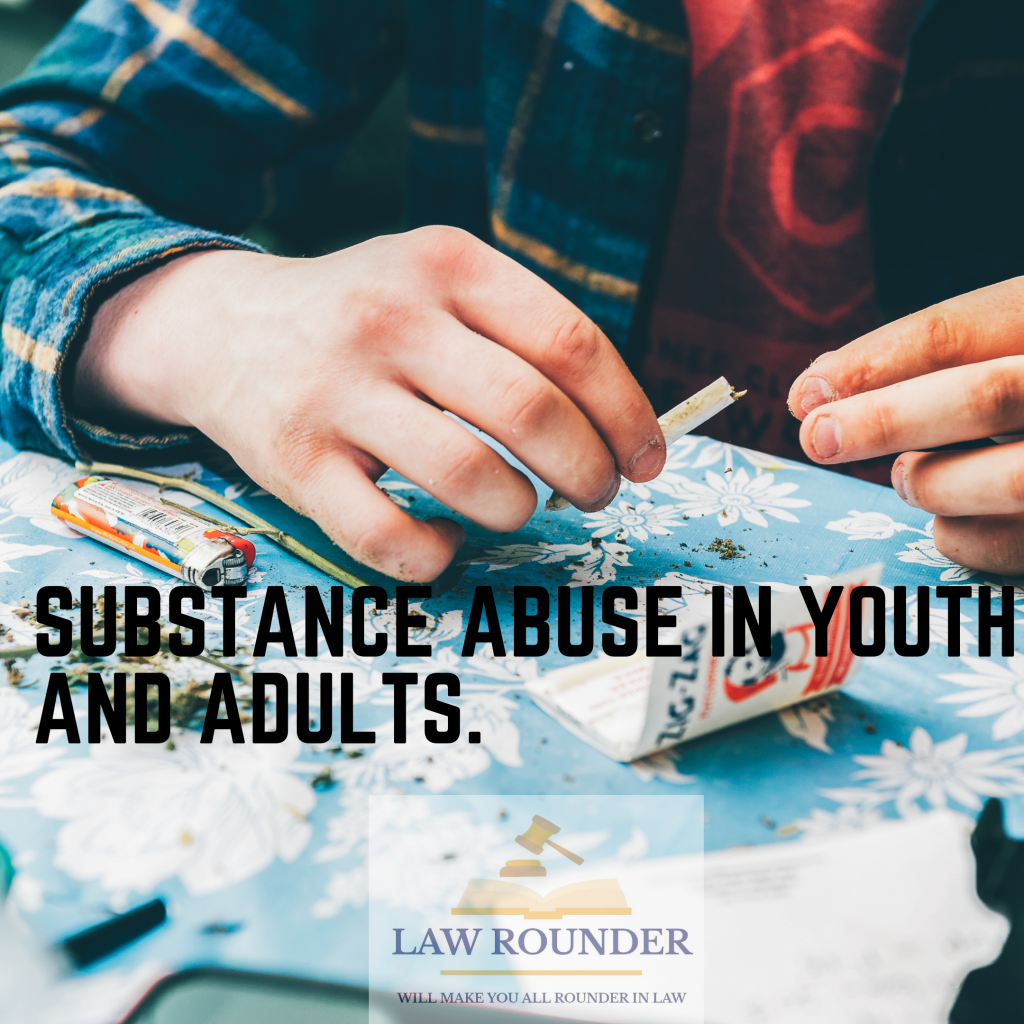 Substance abuse refers to the harmful or hazardous use of psychoactive substances including alcohol and illicit drugs. It is also known as drug abuse, is use of drugs in certain amount that is harmful to the individual or others. It is the process of misuse of drugs in many ways, as abuser use substance which are easily available like cough syrups, glue, alcohol, and tobacco, including cannabis, opioids that includes things like heroin, also things like stimulants and that include things like cocaine and amphetamines and whole bunch of other things including hallucinogen and that include things like LSD, inhalants, hypnotics, sedatives and so.

There is a serious abuse of pharmaceuticals preparations like (buprenorphine), codeine based cough syrups, and painkiller. Bhang enjoys the status of a legal substances, with considerable degree of social acceptance in many parts of India.  In certain regions of country the substance abuse already has become severe social economic problem affecting vulnerable age groups.

In the absence of reliable and in-depth estimates of population effected by a drug use problem, it has been a challenge to formulate and implement the policies and programmes to address the drug use.

Consequently, it is imperative that evidence on the extent of use of such psychoactive substances is generated and such evidence informs national policies and programmes. Given the federal nature of Governance in India, and considering that addressing the drug problems need a multi-stakeholder mechanism, it is important that such estimates are available at the National level as well as at the level of each state or Union Territory (UN) of the country.

In India alcohol is the most common substance used. After alcohol, the two next commonly used substances in India are cannabis and opioids. In India, several government agencies are mandated to enforce strict drug control laws and regulation and ensuring that violators are brought to the criminal justice system. Under the primary Indian law related to drugs, the narcotic and psychotropic substances have brought under rigid control and even trying to make the personal consumption a criminal offence.

Effects of drugs on the human brains work effectively, well these substances can actually result in a whole heap of other conditions because they can result in something called substance induced disorder. There are many other disorder that are actually caused by drugs are substance induce mood disorder, disorder of mood either expressing mood that are too high like mania or mood that are too low like depression.

When these substances effects the brain a whole different thing can be develop that is substance use disorder. High uses of these drugs leads to damage of organs or diseases like HIV , heart disease and cancer.

also it develop mental illness and suicidal thoughts in an individuals. Many people effected by the substance use disorder are unable to lead a drug-free life and hence with continued drug use they remain at risk of suffering from various adverse consequences. ‘Harm-reduction’ serves to minimize the risk of harms of substance [1][i]use, even when complete abstinence from drugs is not possible. Harm reduction has been endorsed by the Government of India through various policies.

PREVENTION
Prevention of substance abuse among youth requires awareness of characteristic that place youth at risk and targeting risk factor that are modifiable. These factors include exposure of drugs, socio-economic status, and quality of parenting, peer group influence and biological predisposition towards drug addiction. There should be prevention programmes as vital to deterring youth and adult substance abuse.

CONCLUSION
Substance abuse is a significant public health problem around the country, with particular consequences for youth. The abuse of alcohol and drugs has resulted in significant morbidity and mortality among the youth and adults. Many of the youth have lose their lives to substances. Although the substance abuse problem is complex and large in magnitude. It is prudent to recognise the dynamic nature of substance use. Substance abuse among youth and adult is increasingly becoming the focus of attention merits further research. Pharmaceutical drug abuse and inhalants use are serious concerns. Drug related emergencies have not been studied adequately in the Indian context.

2. Preventing drug use among youth