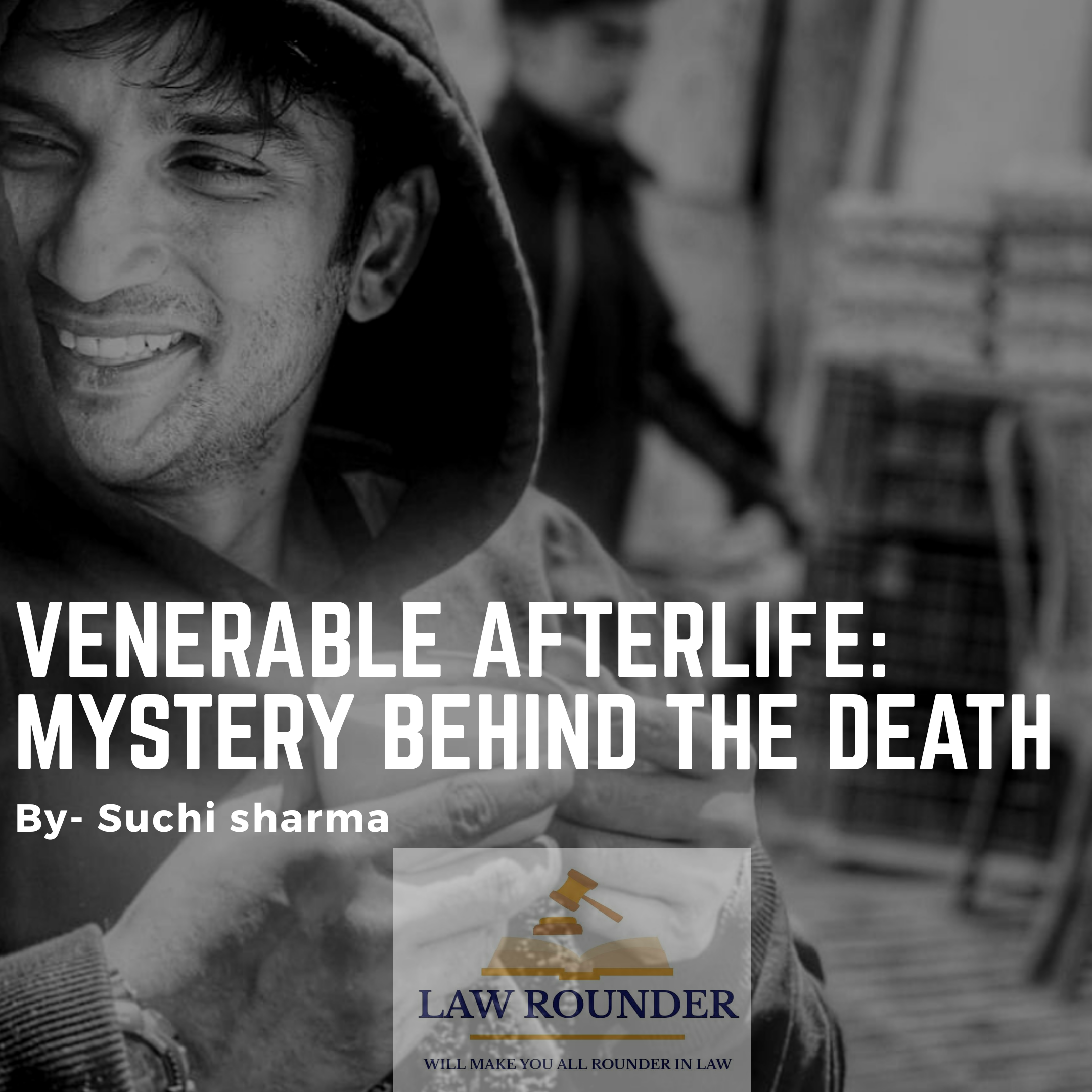 VENERABLE AFTERLIFE:Mystery behind the death

Venerable Afterlife of Sushant Singh Rajput, the much known actor who lost his life in what are to be considered as “unusual circumstances”. Supreme Court on 5th August 2020 informed the approval of request of CBI investigation made by Bihar government. In the light of various evidences being presented and the unusual circumstances that had no explanation. Bihar government decided to request for a CBI investigation so that the truth behind the actor’s death could be found.

This case covers a lot of controversy and revolves around the venerable afterlife of SSR, earlier bringing nepotism into the light. But which later on lead to the family filing FIR against the then girlfriend of the actor. The family filed FIR in Patna, against which a petition was filed by Rhea Chakrobaroty to transfer the case to Mumbai.

Many questions that raise a suspicion to the actor’s death include various statements and tweets and whatsapp forwards by various people. Certain reports have been stating that the CCTV camera of sushant’s building was not working on the night of his murder, and that he was partying with his friends the day before. There have also been tweets about the body marks left after Sushant’s death. Divergent reports claim variety of methods that he might have used to die such as his bathrobe belt, scarf, bed sheet etc.

The Second suspicion leads to the professional pressure faced by the actor. His fans believed that the was being ignored by the film fraternity. He lost 7 films altogether[1] and was starving for work even after being amazingly talented.

Another major confusion is about his relationship with Rhea Chakraborty, which supposedly ended few days before Sushant’s death. An FIR has also been filed against Rhea for abetment to suicide.

Another controversy was a decline in his following from his instagram account that was observed by many of his fans and friends.

Suicide or the tragic end of life by one’s own hand is one of the major drawbacks of the society. And it not only concerns the medical world but also the legal world. Suicide enters into one’s mind due to various physiological and societal factors but it is still considered as a stigma in this society.

14th June 2020 marked the death of much famous and talented actor Sushant Singh Rajput, who now attained venerable afterlife. It is alleged that he committed suicide but there are several other theories connected with his death. After his death though he attained the status of venerable afterlife, which he deserved in his living. The concept of murder is also feasible that can be connected with his death. Percentage of suicide has been constantly increasing in today’s world and death of Sushant Singh Rajput flashed down the much needed awareness regarding depression and anxiety, maybe for a few days.

Conspiracies of many famous actors have been unsolved and they result in incessant investigations. People are dying unnecessarily and that is a sad thing happening daily.

The very first theory linked to the death of Sushant Singh Rajput is suicide. Suicide is a Latin term that means “to kill one self”. Suicide in different countries has different legal existence. There are countries where suicide is termed legal and some where it is termed as illegal. India has also decriminalized suicide by bringing Mental Healthcare Act, 2017.

Sushant Singh was alleged to have committed suicide by hanging to the ceiling fan of his bedroom.

Section 305 of Indian Penal Code 1860 talks about abetment to suicide – Abetment of suicide of child or insane person. If any person under eighteen years of age, any insane person, any delir­ious person, any idiot, or any person in a state of intoxication, commits suicide, whoever abets the commission of such suicide, shall be punished with death or 1[imprisonment for life], or imprisonment for a term not exceeding ten years, and shall also be liable to fine.

Abetment to suicide covers the cases in which the suicide occurred. In the present case of Sushant Singh’s Death, earlier reports suggested that Sushant was a victim of abetment to suicide because reportedly there were many instances in which the upper dignified capable and famous celebrities tortured or mentally harassed Sushant Singh as a result of which he committed suicide. Rhea Chakraborty, then girlfriend of the actor has been booked under the abetment to suicide charges. Sushant’s Father filed an FIR with the Bihar Police alleging that Rhea is responsible behind the death of Sushant.[2]

Decriminalization of attempt to suicide

Under Section 115 of The Mental Healthcare Bill, 2017, the attempt to suicide has been decriminalized keeping in mind the severity of depression and other mental issues that the person faces during such state of mind. The Appropriate government has to take the essential steps for any treatment that is needed by such person.

The Maharashtra Police is currently preparing an Inquest report for the death of Sushant Singh. More than 56 statements have been recorded by police in whom they eventually found no ground for murder of Sushant Singh. But Sushant’s Family thinks otherwise and his father has filed an FIR due to same reasons. Sushant’s uncle R.P. Singh also gave a statement in which he stated the impossibility of Sushant’ suicide.[3]

When there is a vague death, an FIR is filed under Section 174 of Cr.P.C and an inquest report is prepared that imitates the occurrence of the event generally in the presence of neighbors. Recently, Police has been asked to submit the relevant documents to the executive magistrate.

Death probe of the late actor is in a turmoil between the Bihar police and the Maharashtra police. As Maharashtra Police is conducting the probe under Section 174 of Cr.p.c while Bihar police is probing according to the filed FIR.

A senior police official who has been a part of this investigation suggests the collection of criminal evidence as against the dos and don’ts shared in the social media.

Major conflict arose when IPS Vinay Tiwari from Bihar Police was quarantined and not given an opportunity to investigate late actor’s death probe. It reflected the incompetency of Mumbai Police. It also created reasonable doubt regarding the wishful excuse of important evidence from the probe. However, Later on BMC officials released Vinay Tiwari.

A specialized agency that also deals with the sensational crimes that has affected the whole nation. C.B.I can be approached by a state if they wish C.B.I’s interruption in a particular investigation. Now C.B.I has taken over the late actor’s death case. Total of 6 people have been booked under abetment, criminal conspiracy, criminal breach of trust etc.[4] C.B.I majorly took the case due to the turmoil between two police departments.

However, Rhea’s Lawyer has argued the incompetency of CBI to take over the case unless preapproved by Maharashtra Police in the petition where Rhea requested the transfer of FIR to Mumbai instead of Patna. Supreme Court is yet to decide upon the matter.

Role of E.D in the matter

This article of Venerable Afterlife is on a IIT dropout, a star who went to the stars so early that the world is still in the shock. He made an entry and exit as soon as possible from the film industry. However, his death became a mystery. He became famous forever. Certain pin plugs relating to the death of actor is the suspicion of suicide that has not been confirmed by the police yet. Although his post mortem report suggested his death by hanging but the case is still being investigated. Many drawbacks that legally affect Sushant’s case include the turf war between two police departments. At a place where they should have been supporting the findings of each other, they tried to bring the evidence down. Investigation is still running and the world will find out the results soon.

[1] A tweet by Politician Sanjay Nirupam claimed his loss. One Sudhir Kumar Ojha also filed a case against karan Johar, Sanjay Leela Bhansali, Salman Khan, Ekta Kapoor and Aditya Chopra allegeing that Sushant lost his 7 films due to these people. 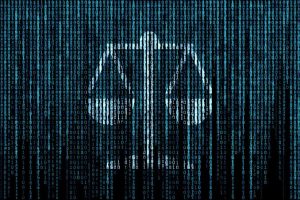