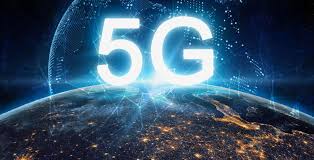 The fifth generation of wireless technology, or 5G, is expected to be widely implemented throughout the world beginning from the year 2020. 5G promises to give faster speeds and a higher capacity for the use of more device. However, while companies from countries such as the United States and China are competing to be first to deliver 5G to the consumer, the environmental impacts of new network are being overlooked.
The main environmental issues associated with the implementation of 5G network come with the manufacturing the many parts of the 5G infrastructure. In addition, the proliferation of new devices that will use the 5G network that would tied to the acceleration of demand from consumers for new 5G- dependant devices will have serious environmental consequences.
In these times when the environment is at its fragile state, being ignorant and refusing to learn more about 5G’s environmental sustainability means risking the life of our future generations. The 5G cause large increase in energy usage among consumer, which is already one of the main contributors to climate change. The new technologies associated with 5G creates waste and uses important resources that have detrimental consequences of the environment. 5G networks use technology that has harmful effects on bird, which in turn effects through entire ecosystem. 5G seeking to create network on environmental impacts than past networks, there is still room for improvement and consequences of 5G.

It is the wave of wireless technology surpassing the 4G network that is used now. Previous generation brought the first cell phones(1G), text messaging (2G), online capabilities(3G) and faster speed(4G). The fifth generation aims to provide the speed of data movement, be more responsive, and allow for greater connectivity. This 5G will allow for downloading of data that, with current network would take hours. These new improvements will allow for self-driving cars, massive expansion of internet of things(IOT) device use, and acceleration of new technological advancement.
The new technologies 5G will use are hardware that works with much higher frequencies, small cells , massive MIMO, beamforming, and full duplex. Working together, these new technologies will expand the potential of many of the devices used today.

Millimeter wave are higher frequency wavelength than the radio wavelength generally used in wireless transmission today. Higher frequency waves allow for more devices to be connected to the same network at the same time, because there is more space available compared to the radio waves that are used today. The waves in use now can measure up to tens of centimeter, while the new 5G waves would be no greater than ten millimeter. The transmission space for the ever-expanding number of people and devices to be used bu consumers, which will increase energy usage.
In addition, critics say that the increased number of transmitter or cellular towers that will up for 5G coverage will further increase exposure to this radiation, potentially, impacting a much wider number of people than ever before.

Is 5G harmful to humans and our environment?

Due to high-frequency characteristics, the waves do not travel long distance like 4G. Hence, antennas must be erected closer to each other. We are not talking about few more antennas, but a lot more, exponentially more. There are of course two distinct opinions to this question. Wireless companies and even government websites such as those of CDC and EPA have worked to reassure the general public that the radiation emitting 5G network is completely safe. Other research has found that there can be harmful biological or health effects from exposure to nonionizing electromagnetic field(EMF).
Citing a large body of research on the hazards of exposure on EMF, more than 240 scientist , who together have published more than 2000 peer- reviewed papers on the effects of EMF have appealed to the United Nations for urgent action to reduce EMF exposure emitting from wireless sources. These scientist submitted a letter to the FCC, asking of health risks and environmental issues. The FCC’s RFR exposure limits take into account the frequency of the carrier waves, but ignore the signaling properties of the RFR. Characteristic of the signal such as pulsing and polarization, along with the duration of exposure, may increase the impact of exposure.
The World Health Organization’s international Agency for Research on Cancer(IARC) has classified RFR as “ possibly carcinogenic to humans” and a study conducted by the U.S. National Toxicology Program(NTP) found “clear evidence” that exposure to cell phone RFR increased cancer and damaged DNA in rats and mice.
Apart from 5G- specific studies, there is numerous other research that shows evidence of the harmful effects of low- intensity, extremely high electromagnetic radiation on animals. Most experts agree that an open, frank and unbiased investigation is needed on the subject.
Increased Energy Usage of the 5G Network

Energy usage is one of the main contributors to climate change today and increase in energy usage would cause climate change to increase drastically as well. 5G will operate on higher frequency portion of the spectrum to open new space. The small size of the millimeter waves allows for more data frequency waves allow for wide bandwidth that can support much larger tasks. This will lead to spike in energy usage for two reasons- the technology itself is energy demanding and will increase demand for more electronic devices. This network creates more incentives for consumers to buy electronics and use them more often.
Engineers claim that the small cells used to provide the 5G connection will be energy efficient and powered in sustainable way; however the maintenance and production of cells is more of an issue. 5G network advocate that the small cells will use solar or wind energy to stay sustainable and green. These devices, labelled “ fuel-cell energy server” will work as clean energy-based generators for the small cells. While implementing base stations that use sustainable energy to function would be a step in the right direction in environmental conservation, which is the impact that the massive amount of new devices in the hands of consumers will have on the amount of energy required to power these devices.
Draw lessons for evolution of mobile networks.

5G promises to be the standard that facilitates the giant leap to a connected future- a future where speed, wider channels and affordability will rule. The present day-telecom ecosystem is the result of an evolution, where technologies were added in stages, and changes were made midway to plug in the gaps. I, like others in industry, feel that 5G rollout should therefore look at previous gaps to ensure that implemented is seamless. We need to be more prepared for 5G. In the past, applications and services were developed, only find that network architecture was not designed to fully support them. It is time now for the industry to develop architecture that is designed to support applications.
The Importance of the Proactive Approach.