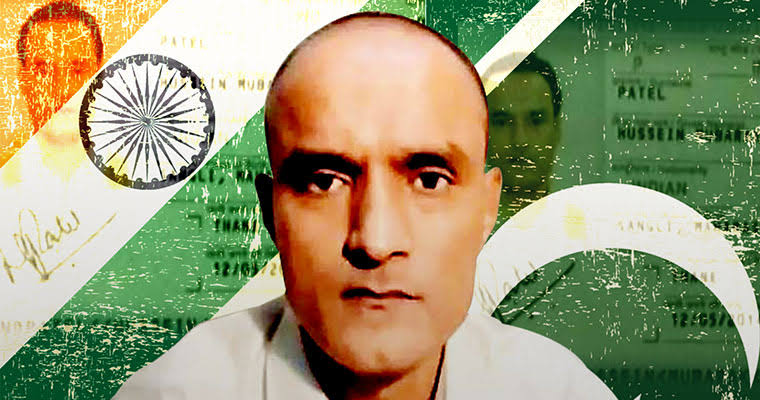 Abstract
The Jadhav Case highlighted a few arrays of international law that could explore international relationships and the enforceability of law on unprecedented levels, such as jurisdictional issues, civil rights preservation, critical and high-priority provisional measures, and thus challenging the justice system at the world stage. This Kulbhushan Jadhav dispute inevitably raises international law issues, including the older declaration being subrogated by a relatively new declaration to explicitly segregate court’s compulsory jurisdiction, the interpretation of the Vienna Convention on Consular Rights, the right to a fair trial under the International Covenant on Civil and Political Rights, 1966, remedies, and jurisdiction. In the aforementioned background, this article provides a brief overview of the ICJ, its structure, operation, and involvement in the India v. Pakistan dispute, also known as the Kulbushan Jadhav case.
Keywords: Kulbushan Jashav, ICJ, Vienna Convention, India, Pakistan

Since time immemorial there has been an unpleasant battle between law and morality which has split justice apart. This discussion has been found in international law, as states seek to resolve disputes and sustain international relations. The perception of one country’s freedom fighter could be another’s terrorist. The Kulbushan Jadhav case recently exemplified this perspective. The landmark judgement which came in mid-July of 2019 provides a fertile ground for discussion of the legal issues underlying the conflict. The verdict finally put an end to the 800 days long legal battle that led to a time of serious deterioration in the two nations’ ties.

Kulbushan Jadhav a 49-year-old Indian National and a former naval officer was put on death row on charges of espionage for the Indian Intelligence Agencies. The Military Court of Pakistan sentenced Mr Jadhav on charges of “espionage and terrorism” in April 2017 after a closed trial. On May 8, 2017, India petitioned the International Court of Justice (ICJ) for Pakistan’s “egregious violation” of the Vienna Convention by consistently refusing New Delhi consular access to Jadhav.

Brief Facts of the Case

The case of India against Pakistan involves an alleged violation of Article 36 of the Vienna Convention on Consular Relations (VCCR) by India.

Kulbushan Jadhav an Indian was arrested in the Baluchistan province of Pakistan, over charges of spying for India’s Research and Analysis Wing (RAW) on 3rd March 2016. The Indian government acknowledges Jadhav as a retired navy officer, but dismisses any connections to him and claims he retired prematurely and claimed that he was abducted in Iran and tried on false and fabricated charges. After three and a half months of trial, Jadhav was condemned to death in a Field General Court Martial on April 10, 2017. India had multiple times requested consular access for Mr Jadhav, as well as a certified copy of the charge sheet and the verdict, but was denied.

Thus, on May 8, 2017, India filed a lawsuit with the International Court of Justice (ICJ) accusing Pakistan of flagrant breaches of the VCCR.

Arguments advanced by India
In its plea, India asked the Court to rule that the penalty imposed violated Article 36 of the Vienna Convention on Consular Relations (VCCR) and the accused’s “elementary human rights,” as stipulated by Article 14 of the 1966 International Covenant on Civil and Political Rights (ICCPR). The reasons advanced by India were tangential to prima facie jurisdiction, i.e., by requesting that the Court recognise jurisdiction based on the stated reasons rather than on the merits of the case. The requested remedy also included:

Arguments advanced by Pakistan
Pakistan principally contended that Article 36(1) of the Vienna Convention is unenforceable to those accused of espionage or terrorism, leaving no opportunity for interpretation of the temporary measures. It also said that it had conditioned consular aid and that India’s rights were not conceivable owing to the non-application of the Vienna Convention owing to the presence of the 2008 Agreement. However, Pakistan did not refute the claim that it had neglected to give consular access.

Findings and Verdict of ICJ

The International Court of Justice (ICJ) panel in The Hague unanimously agreed to hear India’s appeal against Pakistan’s death sentence for Kulbhushan Jadhav. The bench led by Judge Ronny Abraham urged Pakistan not to execute Kulbushan Jadhav until the ICJ issued its final decision on the said matter. The judgement was given answering the questions which were presented before the court:

Jurisdiction of ICJ to hear case
Pakistan had first stated that the ICJ had no jurisdiction over the matter. Furthermore, it contended that India’s case could not be allowed or considered since it did not come to the ICJ with “clean hands.” This is a legal concept that, in this case, indicated that India’s own wrongdoing — failing to provide enough help in the inquiry — barred it from seeking a judicial recourse.

The ICJ emphatically dismissed both challenges. The case was found to be acceptable, and the ICJ affirmed its jurisdiction to hear the matter under Article 1 of the VCCR, which stipulates that “disputes arising out of the interpretation or application of the Vienna Convention,” to which both nations are signatories.

If India’s alleged rights are real
The Court noted that Article 36 (1) of the Vienna Convention recognises rights to consular notice and access between a State, in this case India, and its citizens, as well as the duties of the detaining State, here Pakistan, to inform the individual concerned of his rights without delay. India has claimed that this clause has been violated.

The International Court of Justice ruled that Pakistan was clearly in violation of the rights and responsibilities outlined above. For starters, Pakistan neglected to notify Jadhav of his rights to consular access under the VCCR. Second, the 22-day delay in alerting India of Jadhav’s detention was deemed “undue,” considering that Pakistan had proved his Indian identity early on. Third, despite repeated pleas from India, it wrongly withheld consular access, even going so far as to condition it on India’s cooperation in the investigation of Jadhav. Such a prerequisite is not only legally permissible, but also appears to be intended to pressure India into implicitly accepting Jadhav’s “guilt” by agreeing to aid Pakistan with the said investigation.

Risk of Irreparable Prejudace and Urgency
The Court stated that the simple notion that Kulbhushan Jadhav is serving a death penalty and may be executed is sufficient to show the presence of a danger of irreparable harm to India’s rights. The International Court of Justice then noted that Pakistan has stated that any execution of Kulbhushan Jadhav will most likely not take place before August 2017. This means, according to the Court, that an execution might take place at any time after the Court renders its final verdict in the matter.

The International Court of Justice (ICJ) highlighted that Pakistan has not provided any assurance that Kulbhushan Jadhav would not be executed before the Court issues its final verdict. In such circumstances, the Court stated that it is satisfied that the present matter is urgent.

Judgement
The International Court of Justice did not overturn the death penalty imposed by Pakistan’s military court, nor did it order Jadhav’s transfer to India. Given that the ICJ does not act as a criminal appeal court in domestic cases, giving these remedies would have been totally outside the ICJ’s jurisdiction. As a result, the ICJ decision has been characterised as a major victory for both countries.

Critical Analysis
This case has served as a model for the discovery of new frontiers in the legal interpretation of international documents. However, the pursuit of justice has been time-consuming, which is a barrier to the expansion of the legal domain. Based on the facts of the case, one may connect the interpretation of the Vienna Convention with the fundamental issue of jurisdiction that serves as the foundation of every legal dispute.

The ICJ issued its decision with an overpowering 15:1 majority. Ad-hoc Judge Jilani was the sole dissenting judge. In his dissenting opinion, Justice Jilani relied on several examples to reach his conclusion, which had nothing to do with the legal issues in the case before the ICJ. He was more concerned with legal concerns and debating international law in relation to such concerns, and he relied on topics such as Mr Jadhav’s confession, the Kashmir problem, and other political concerns to support his position.

The ICJ decision was possibly the best decision in which the courts, while restricting their intervention exclusively to their jurisdiction, rendered a decision in the best accordance with international law.The decisions were consistent with the prior ICJ discourse, since the remedy provided in the current case was equivalent to the remedies provided in the instances of LaGrand and Avena, which were founded on the same legal issues. As it did in the other cases, the ICJ requested a “review and reconsideration” of Mr Jadhav’s conviction and sentence by the government of Pakistan.

Conclusion
Thus, in all cases in which India was a party before the ICJ, the court evaluated its jurisdiction and rendered an effective decision. In this instance, it was determined that the court had jurisdiction under Article 36 of the ICJ statute, which has been recognised as mandatory ipso facto and without the need for specific agreement. The ICJ has exercised its jurisdiction, delayed the execution, and directed reconsideration and retrial in almost comparable fact situations, namely the Lagrand case and the case of Avena and other Mexican nationals. However, the decision was met with little success. Given these circumstances, it is possible that the ICJ’s decision may not be implemented in a hopeful manner. Therefore, making the case of Kulbhushan Jadhav was a test case for the International Court of Justice (ICJ) to debunk the myth that international law was the end of jurisprudence.